KUALA LUMPUR: The year-by-year painstaking efforts taken by the Klang Valley MRT (KVMRT) tunnelling contractor to uphold safety has been recognised by the international community.

Just last week, MMC Gamuda KVMRT (Tunnel) Sdn Bhd received two awards from the British Safety Council (BSC), one for overall excellence in upholding health and safety at the workplace, and the other for acing a comprehensive safety audit. 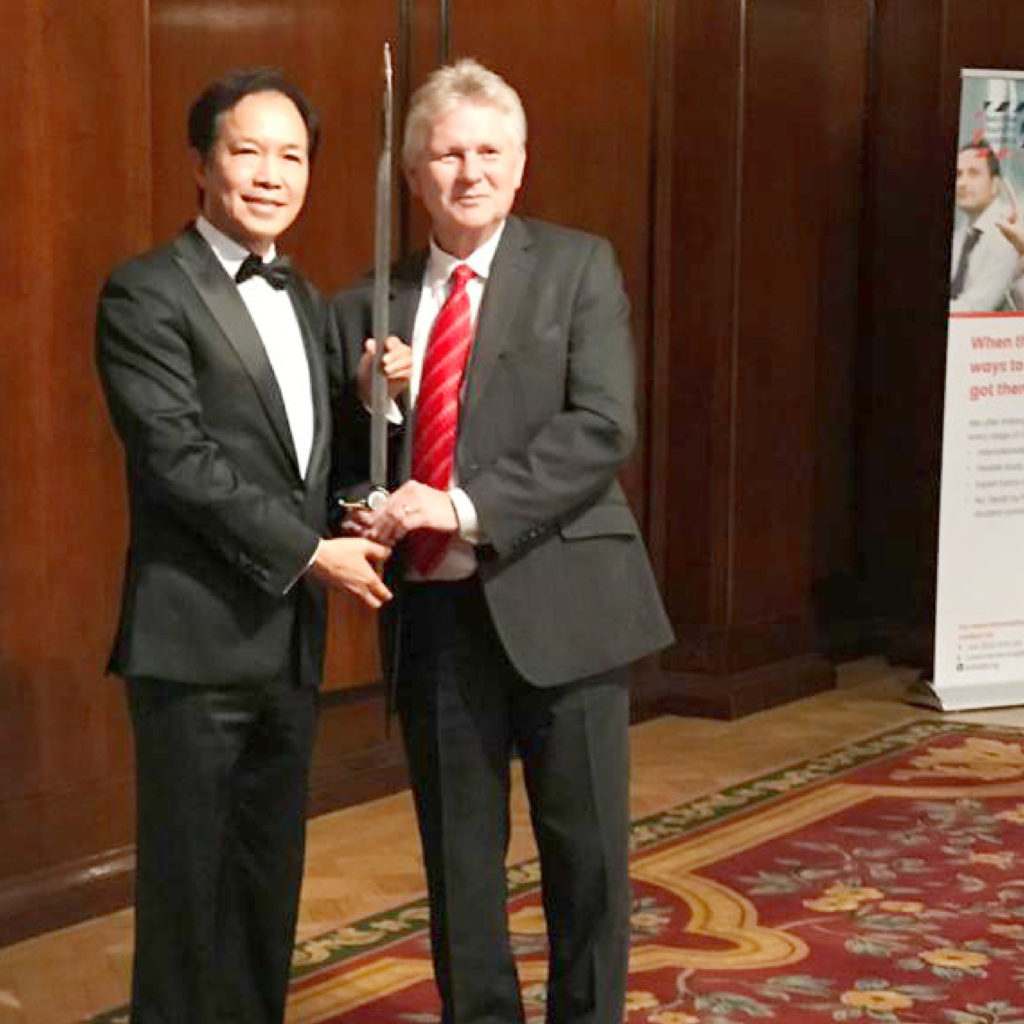 MMC Gamuda, which is the main contractor of the KVMRT Sungai-Buloh-Serdang-Putrajaya Line, received the coveted Sword of Honour for the first time this year, following last year’s feat of earning a five-star score in BSC’s Five Star Occupational Health & Safety (OSH) Audit.

Only organisations with a five-star rating can be considered for the Sword of Honour, created to recognise the best among the best in occupational health and safety.

To qualify for the Sword of Honour, the nominee must earn a score of at least 92% in previous year’s OSH audit. In the 2017 audit, MMC Gamuda earned a four-star rating. However, with great determination, it made the cut last year, which made it eligible for this year’s Sword of Honour.

More good news is that MMC Gamuda has kept its five-star rating for the second time this year, thus qualifying for next year’s Sword of Honour nomination.

To put the achievement into perspective, MMC Gamuda is one of the 84 organisations worldwide that has made the cut for the Sword of Honour.

BSC’s Five Star Occupational Health & Safety Audit is an international annual audit which the organisation enters into voluntarily as part of its commitment to improve the OSH excellence in the construction industry.

The audit, which is year-long, requires the organisation to undergo a comprehensive and robust evaluation of its OSH policies, processes and practices.

This includes documentation review, interviews with senior management, employees and other key stakeholders, together with sampling of on-site activities over a two-week period.

It also measured the organisation’s performance against key health and safety management best practice indicators, with a detailed review of over 60 component elements.

This year saw the addition of mental health and building information management (BIM) into the scope of the audit.

On hand to receive the Sword of Honour in London last Friday was MMC Gamuda’s Director of Project and Safety, Datuk Paul Ha Tiing Tai.

“With these awards, we affirmed our proactive stance towards continual improvement in managing risks and striving for safety and health best practices.

More than just delivering projects, we want to carve out a national legacy that will boost the construction industry, ” said Ha.

BSC also applauded MMC Gamuda’s feat, with BSC chair Lawrence Waterman, saying: “On behalf of the board of trustees and staff of BSC, I would like to congratulate MMC Gamuda on achieving the very highest standards of health, safety and environmental management. Excellence at this level is hard won after all.”

Founded in 1957, BSC has campaigned tirelessly to protect workers from accidents, hazards and unsafe conditions, and played a decisive role in the political process that has led to the adoption of landmark safety legislation in the United Kingdom. With members in more than 60 countries, it believes that a healthy and safe work environment is good for business.