Our property development division, Gamuda Land, is committed to ensuring the long-term sustainability of its developments. This remains uncompromised years after the projects are completed.

In June 2020, Gamuda Land was named Malaysia’s Responsible Developer: Building Sustainable Development Award 2020 at EdgeProp Malaysia’s Best Management and Sustainable Property Award. This was in recognition of the company’s unrelenting dedication to solve the sewerage problem at its master-planned development Bandar Botanic in Klang, Selangor. The fact that the development and sewerage system had been handed over to the local authorities didn’t stop Gamuda Land from delivering on its promise to homebuyers and helped find a solution. The award was proof that we are dedicated to ensure the livability and sustainability of the developments we built which was also awarded the prestigious FIABCI Property Award of Distinction for Best Master Plan in 2003.

Our commitment in upholding the integrity of the developments we built was demonstrated through the task force set up to tackle residents’ complaints against deteriorating conditions of the recreational area within the Bandar Botanic developments. Under the facilitation of Gamuda Land, a task force comprising residents’ representatives and Klang Municipal Council (MPK) was formed in May 2020 to oversee the maintenance and cleanliness of the Botanic Park, which was often littered with rubbish and affected by broken and poorly maintained facilities. The once beautiful park was part of Gamuda Land’s development planning to create a lush green environment for the community to enjoy the serene beauty of nature, but has gradually fallen into a state of neglect, partly due to the confusion about the park’s gazetted status and which authority was responsible for its upkeep.

One of the first initiatives by the task force was to organise the park clean-up which saw about 400 people attended, including residents from surrounding neighbourhoods, volunteers, as well as non-governmental organisations and local authorities. Officials from MPK and the Selangor Drainage and Irrigation Department were also present to listen to the residents’ woes.

Among the proposed outcomes achieved through the task force include the engagement of a contractor to take care of the park’s cleanliness with another contractor hired by the residents to prune the trees. Both the residents and the authorities also discussed boosting the security around the area to prevent the recurrence of house break-ins through the park, as well as improvement of the lake area to resolve flooding issues during downpours.

Gamuda Parks was set up in May 2018 to formalise our efforts in land and biodiversity conservation. As a developer, our philosophy is to listen to the land whenever we acquire a new parcel. We seek to work with the land without changing the terrain, allowing it to return to its natural state to encourage the spread of flora and fauna. It’s all about mindful planning to conserve existing trees and replanting only species that are native to the land, which will in turn support local birds and insects.

With these efforts, it is rewarding when experts tell us that in our two developments, over 140 species of small mammals, birds and insects can be found. Our guiding principle for conservation has always been to leave the land in better shape than when we first received it. This in turn will provide our residents a natural and sustainable environment to live in harmony with.

As part of the biodiversity conservation, we conduct advanced tree planting to ensure there will be sufficient greenery in the development and various plant species to create a balanced ecosystem, while promoting native species. We procure desired and identified trees in advance, nurture and monitor them at our nursery for at least two years before planting them onsite so that our township community would not have to wait for the trees to grow. Advanced tree planting is different from transplanting as the young trees are directly planted after transporting, resulting in less stress to the trees and faster recovery. 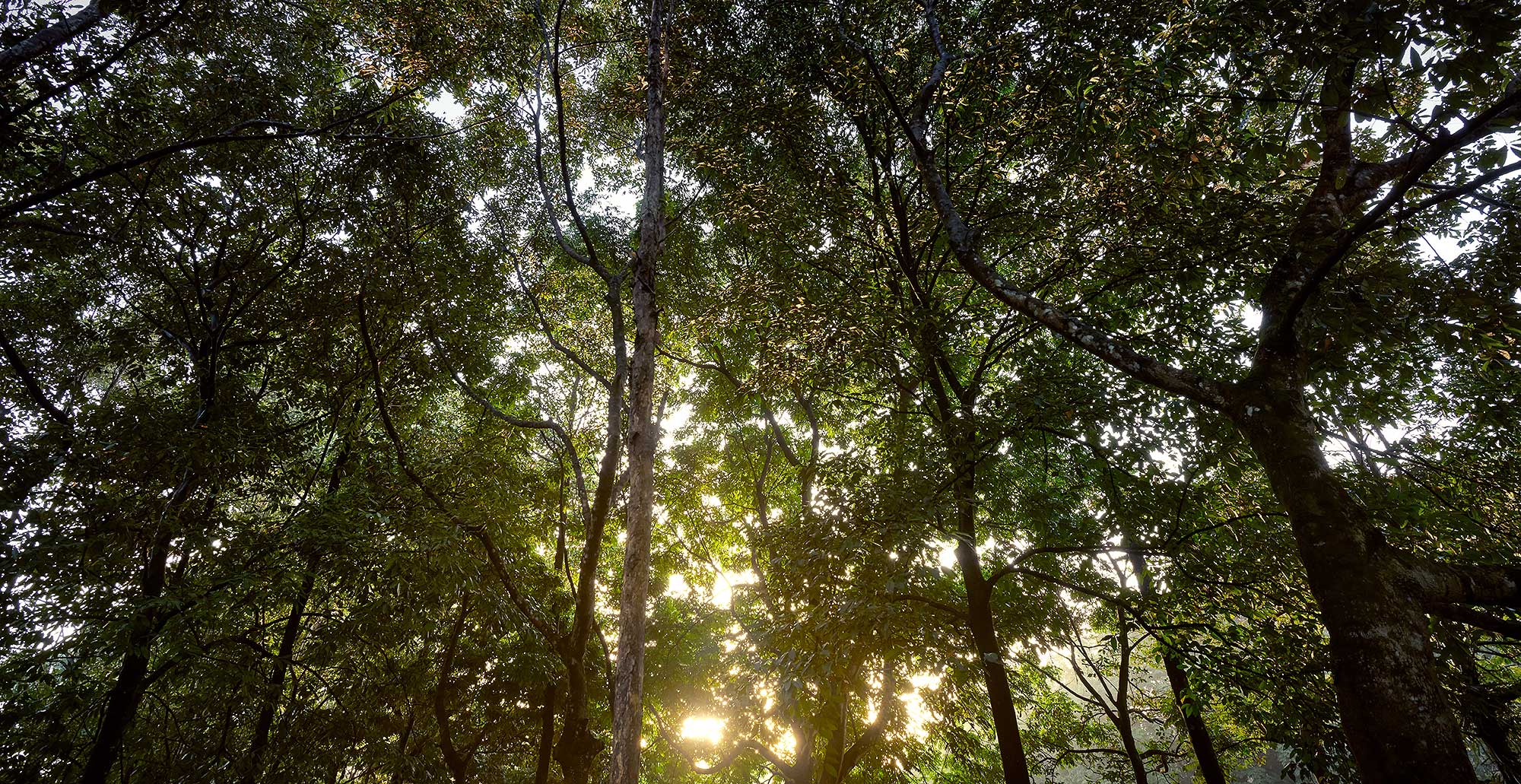 Coming up next in 2021, Gamuda Parks plans to develop an arboretum to regenerate flora and fauna species, and address the issue of climate change and carbon storage value. This includes a horticulture nursery for the propagation of green stock and creating a circular economy from the organic waste for the sustainable use of green resources. The concept is akin to having our private forest reserve institute in which we are able to plant new trees from the seedling stage to preserve the rich variety of trees in Malaysia. 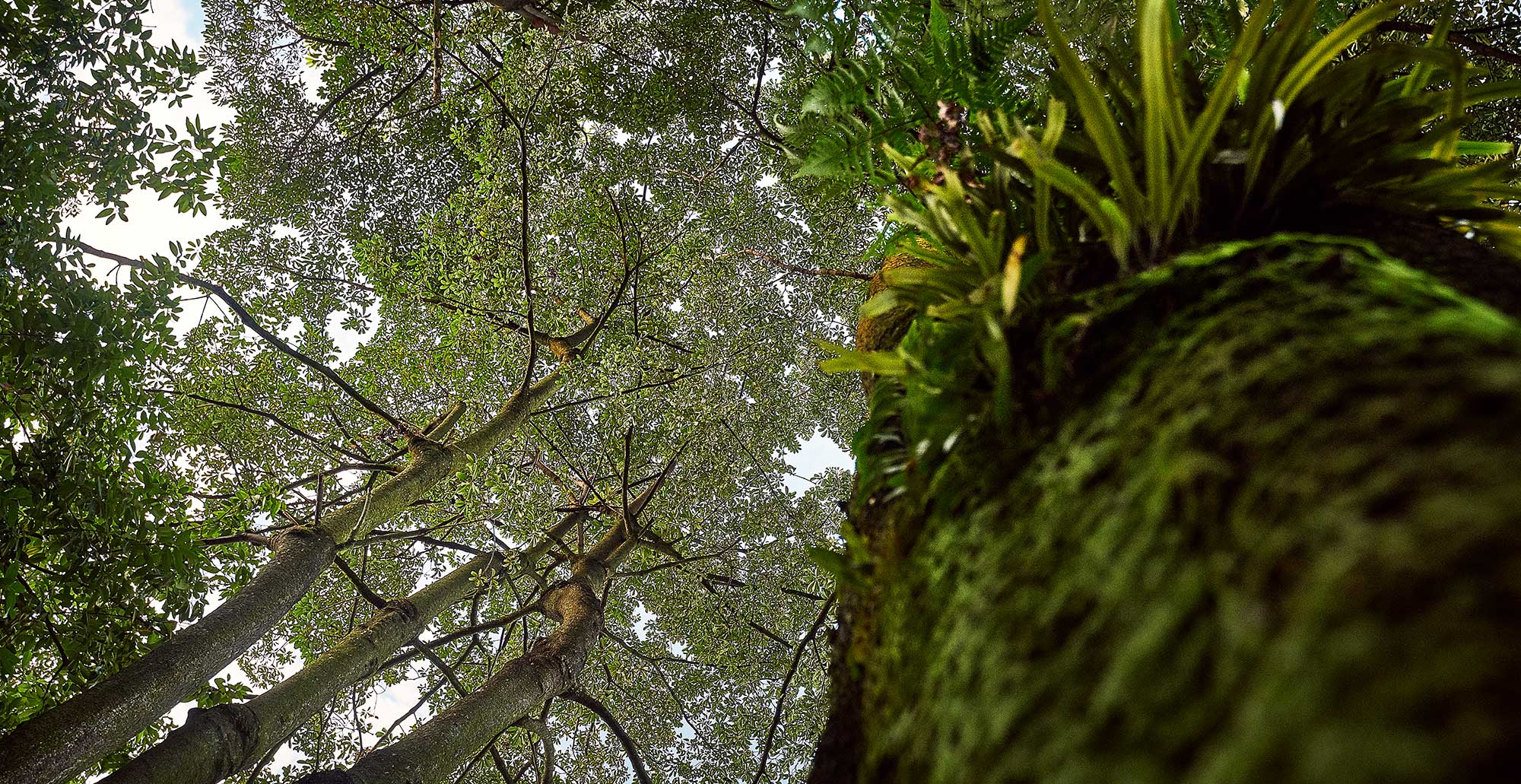 The GParks Rangers programme was created to inspire the younger generation, comprising children aged between five and 12 years old, to care about nature and instil a sense of environmental responsibility within them. During the year, GParks Rangers reinforced the concept of “Living with Nature” to foster environmental sensitivity and further promote nature to the community and the younger generation through their programmes. This is in line with the UN Sustainable Development Goal 4: Quality Education and the National Policy on Biological Diversity 2016-2025. 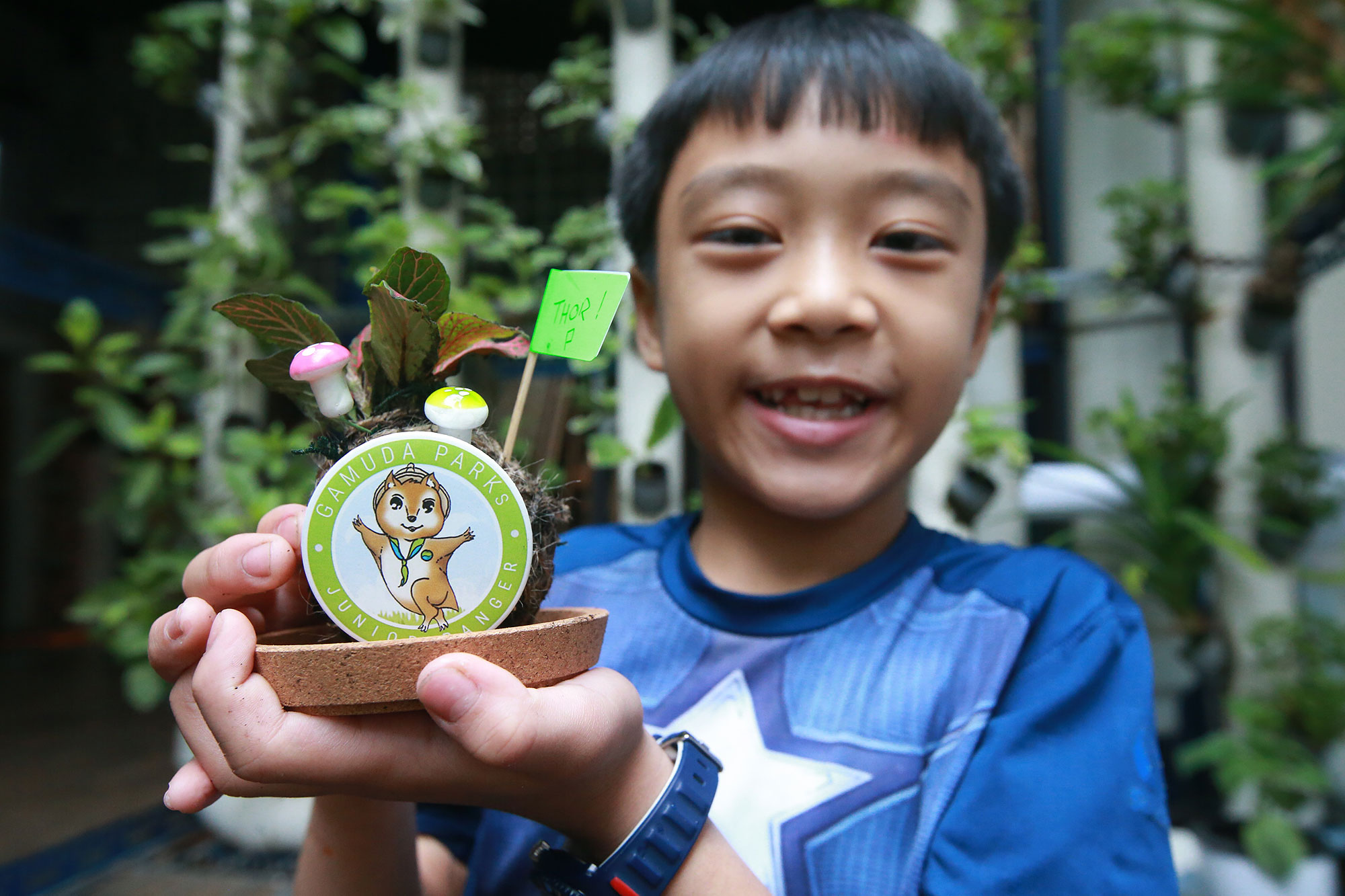 In the future, we will require all new Gamuda Land developments to conduct a biodiversity audit prior to construction, which will be repeated annually to measure the biodiversity levels by collating information regarding genetic, species and ecosystem diversity. A summary of the endangered species on the International Union for Conservation of Nature (IUCN) Red List found 26 species from six biodiversity audits. We aim to preserve at least five percent of these valuable tree species, and houses various fauna in all of our new developments, subject to site feasibility. 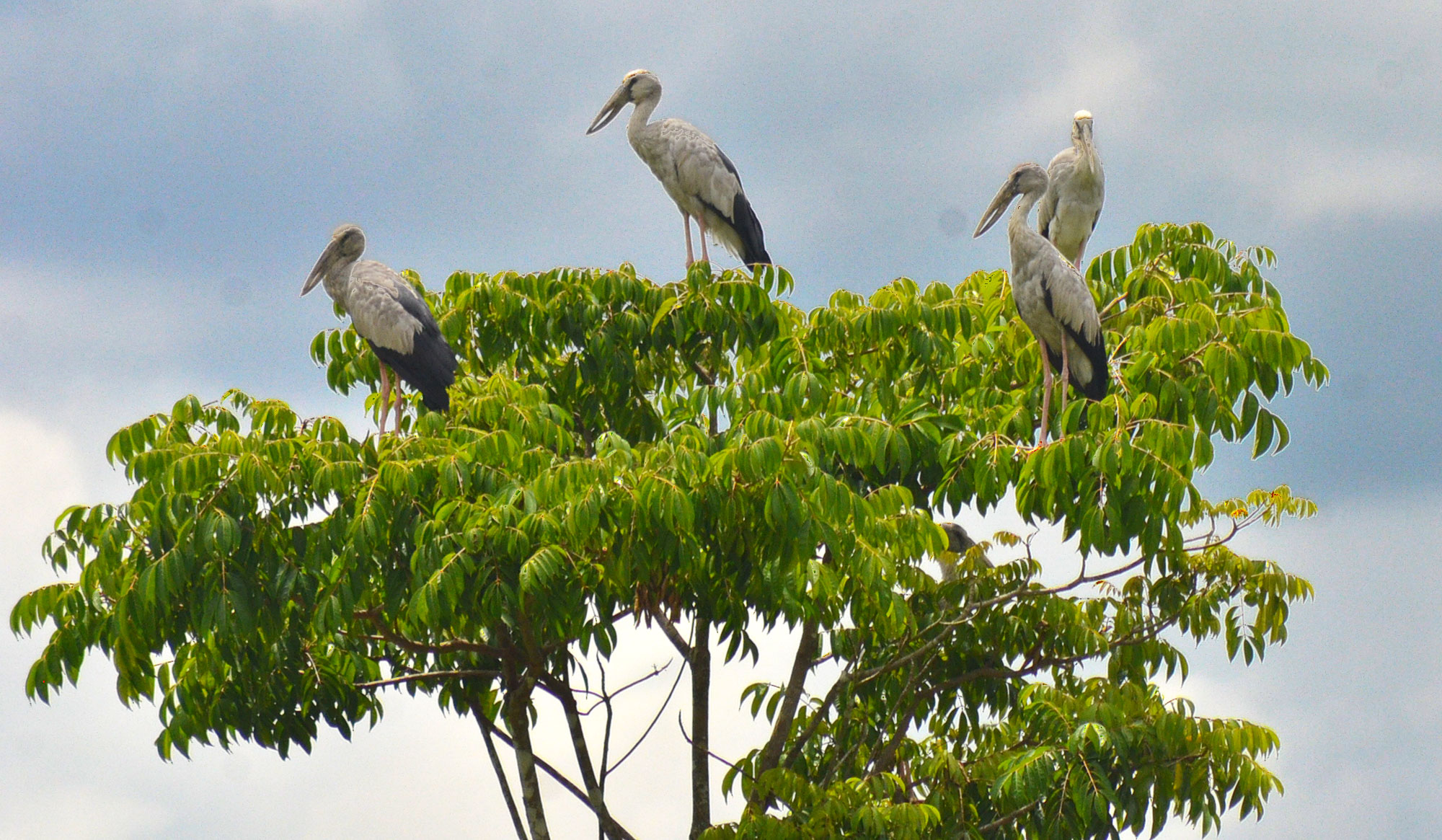 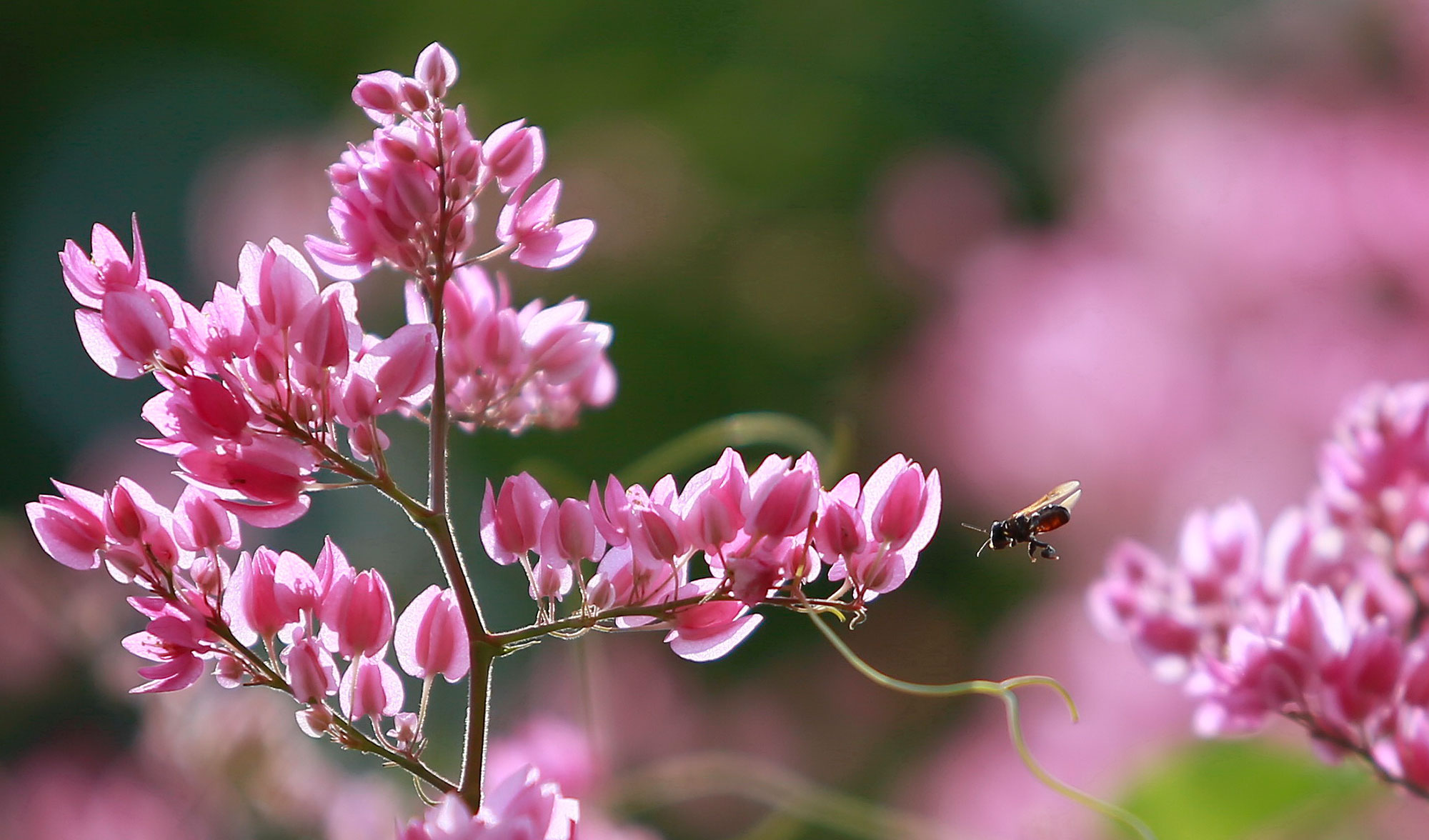 We obtained approval in principle to partner with the Ministry of Water, Land and Natural Resources and the Selangor State Government to jointly manage and operate Paya Indah Discovery Wetlands (PIDW). We are dedicated to the conservation of this natural sanctuary to 244 species of birds, 12 mammals and 20 reptiles. We are also dedicated to allocate resources to educate our children about the importance of wetlands biodiversity – it is estimated that about 90 percent of the living species in the world lives around wetlands.

Comprising 11 interlinked lakes, marshes and lowland tropical forests, PIDW is also the natural habitat to 142 aquatic plants and animals, 40 types of fish, as well as 220 types of terrestrial plants and herbs. We have invested about RM6 million to refurbish and upgrade the facilities and amenities in PIDW, but no reconstruction or redevelopment of the area has been done due to its nature of being reserved wetlands and majority of the areas in PIDW are zoned as conservation areas.

We comply with the standards set by The Department of Wildlife and Natural Parks Peninsular Malaysia (PERHILITAN) in all our works at PIDW. In the future, we want to be in compliance with higher international standards with an aim for PIDW to be added to The Ramsar Convention on List of Wetlands of International Importance, known as Ramsar sites, in five to seven years. In addition, we will promote the wetlands as an ecotourism destination, with plans to rebrand it as Discovery Wetlands by adding family-friendly activities such as cycling, fishing, bird watching, horse riding and bamboo trail walking. Hot air balloons will also be set up for those interested to witness the aerial view of the beautiful wetlands.

We hope this nature conservation project will be able to leave a positive impact on the society. We are committed to create a higher environmental awareness to the public by imparting knowledge about protecting and restoring nature to visitors at PIDW. Since the commencement of our conservation project, we observed an improvement of migratory birds in the area with the bird species rising to 244 birds from 225 previously.